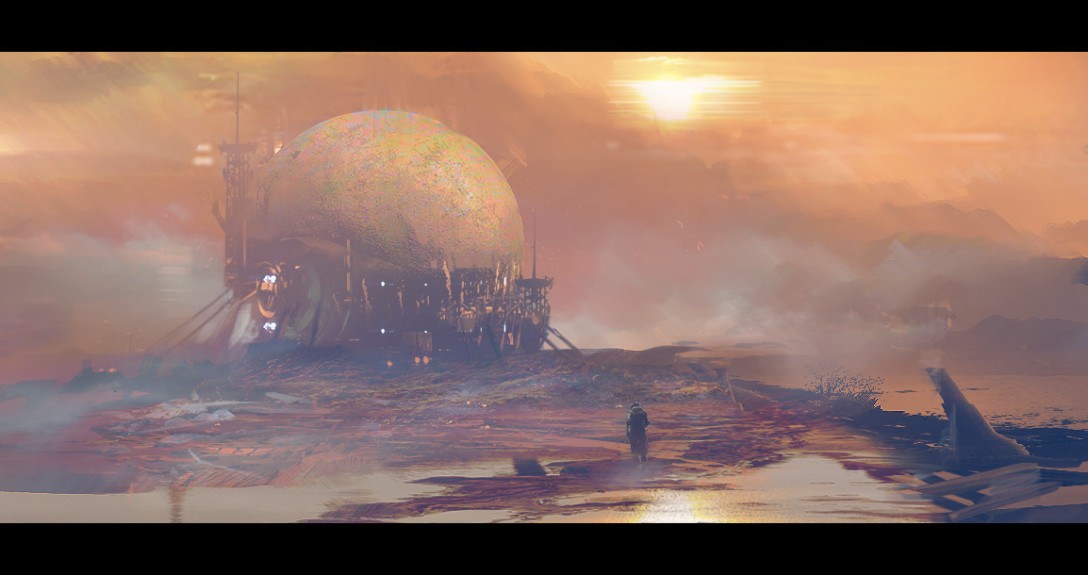 Cassidy relived himself as he walked to the edge of the shore. The sun was close to drowning beneath the horizon and it skipped its last rays across the liquid methane sea like weather beaten stones. The evening fog was forming. His heavy boots kicked up rust-colored regolith as he dragged his feet. When he reached the shore, he grabbed the waste hose with both hands and pulled the trigger. A valve opened within the hose and crystallized urine spilled out like sand. Cassidy wrote his initials in the regolith.

Pleased with himself, he holstered the hose, collected his methane samples—unconcerned with contamination—and wedged himself back into his buggy. Cloud cover was rolling in. It would be dark before he got back to the hab. This was the only planet where he felt afraid of the dark. He couldn’t place why—he couldn’t even admit it—but it was thick and tangible and primal. He flipped on the work lights as he drove.

The clouds had dissipated after all, but the sun was nearly gone when the inflatable hab appeared ahead like a fatty tumor on the planet’s musculature.

Notes: I used an image as a writing prompt for this piece. You may be able to find the image on the artist’s ArtStation page. Image by Dmitry Vishnevsky, used with permission.